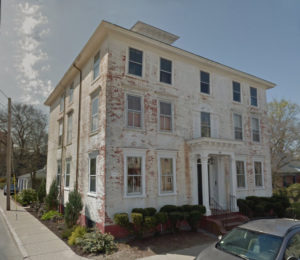 The Eddy-Cutler House, 30 State Street, was built circa 1806-1812 by Warren merchant and slave trader Benjamin Eddy.1 The lot was sold to him in 1806 by John Child, a town councilman and slave owner in 1774 who built slave ships before the Revolutionary War.

Captain Eddy was an owner and captain of at least three slave voyages, the snow Eliza in 1801 and the ship Agent in 1806 and 1807.2 Eddy purchased the property only months after delivering 139 captives to the Charleston docks in June 1806, and before leaving in September for another journey to Africa. 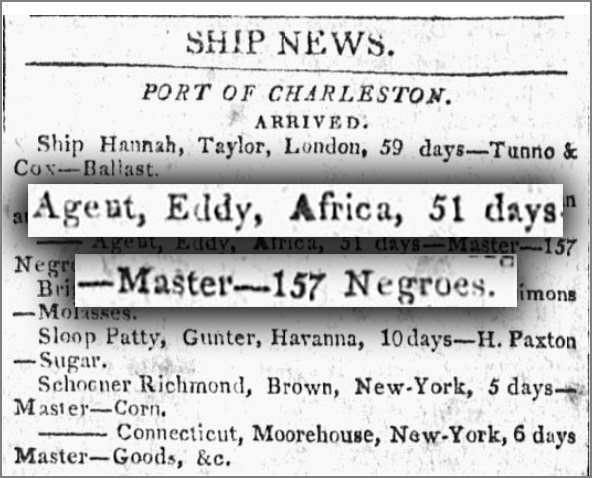 Captain Eddy led the final voyage of the Agent leaving Rhode Island without notice in any newspaper or Customs House registry – a highly unusual practice, except for slaving voyages hoping to skirt the state and federal laws against slave trading, and the soon to be enforced 1808 federal complete ban on the trade.  They made their way to Ile do Los, Guinea, and along the west coast of Africa, where he purchased and imprisoned 176 Africans – the largest number ever carried on a Warren slave ship. Nineteen died during the return voyage.

When he reached Charleston, South Carolina the remaining 157 people were sold into slavery. At the time, the sale would have returned nearly $33,000.3 It’s estimated that a grand house like Captain Eddy’s would have cost less than $10,000 to build at the time.

In the mid-1800’s the mansion passed to Captain Charles R. Cutler, a noted whaling captain, textile manufacturer, and later Lieutenant Governor of Rhode Island in 1872.4